Why Video is the future in Consumer Electronics (3) 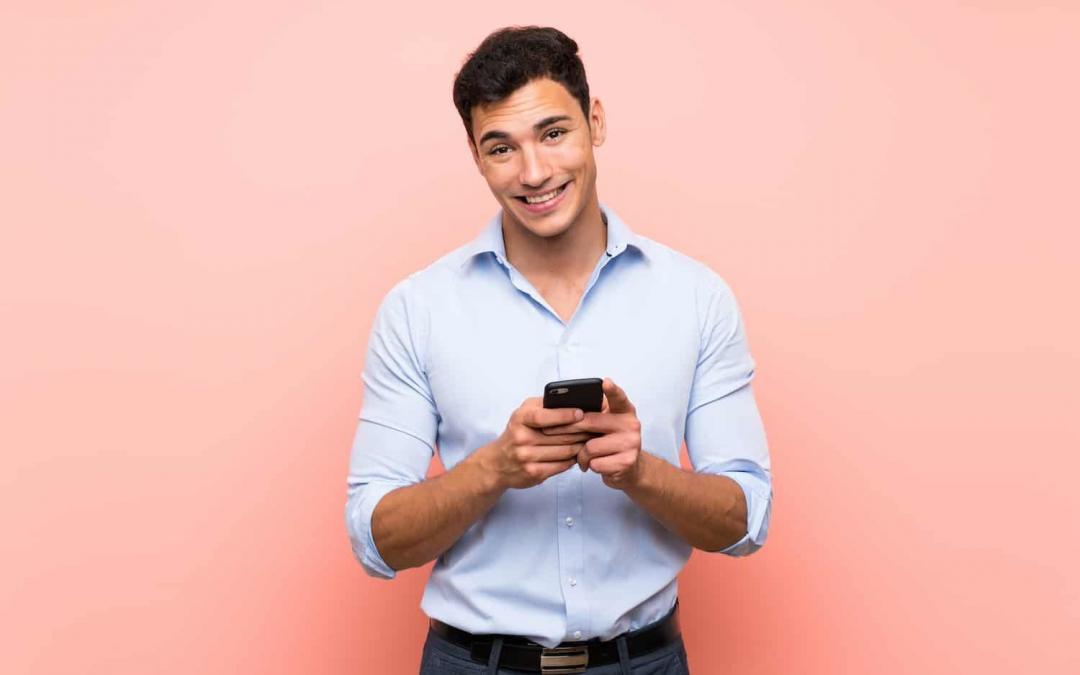 Why is it so hard to connect people to each other that have the same goals and could profit from their experience? Spoiler: It is not.

Connect and show what you have

Finally we have arrived at what could be the future for customer relations in Consumer Electronics. Before we delve into one appealing solution for all the manufacturers and retailers out there, let’s have a short recap.

The last two years made us eager to engage in real life again, experiencing  the feeling to exchange opinions on products, talking to experts and touching our desired goods in shops. Furthermore, existing solutions that should entertain and engage people with brands are mostly built on existing social media channels and work on chat base. Let’s, for a second, dream up a real cool scenario of how customers should be dealing with their favourite brands. 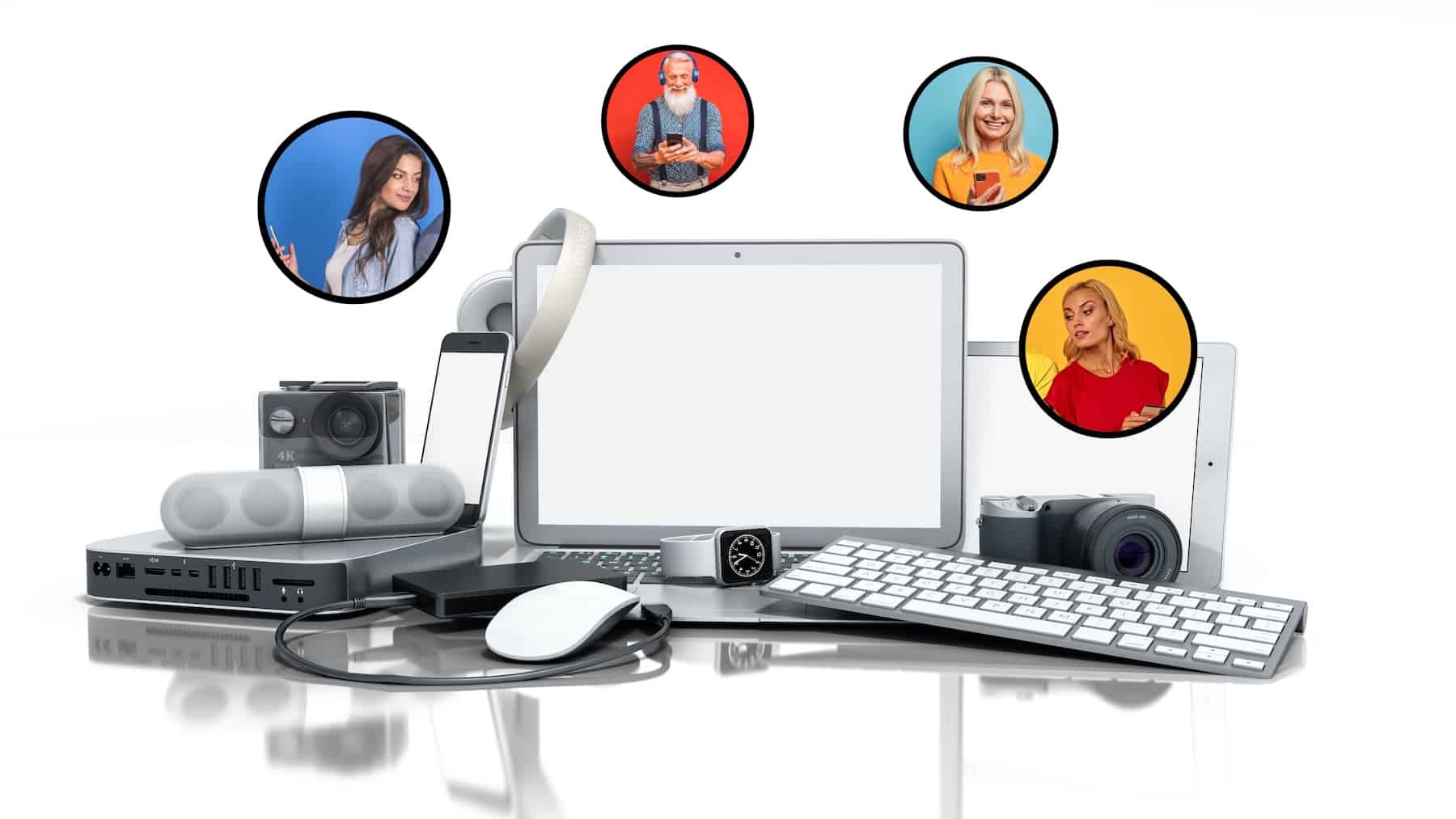 Say hello to John! John is a guy who loves to visit his favourite tech store, spending hours to look at the full range of tech products available. He talks to sales clerks, tests products and is the first to share his experience and insights with his friends. He doesn’t have to wait to meet them as he uses the latest pice of app technology, let’s call the app Xoonio for the moment.

John uses his app to scan bar codes of desired products to create wishlists. Of course, his app allows to make pictures and upload them to his lists. And, as he always says, you never know if some brands offer instant discounts while entering products into his app. If he wants to, he can invite friends to live video rooms offered in the app to share information about products or show his fiancee the latest home appliances.

What he likes most about Xoonio is the possibility to join brand rooms to see other people explaining “tech stuff”. He joins rooms very often together with his friends to stay updated or to get clues how to use his gadgets the best way. He thinks of rooms as the most unintrusive way to get engaged with brands and their offers.

One month ago, he discovered a new feature in his Xoonio app. He found out that he could register himself as a helpmate by entering his expertise for smartphones. Last week he marked himself available while being inside the tech store and was requested immediately. It was a great experience as he could help some guy to make the right decision about the purchase of a new smartphone.

Social media of the future?

John made a lot of new acquaintances through the app. Of course, he is already connected to all his close friends via Xoonio to create social rooms whenever he can. It’s fun, he states, not knowing that he rides on a new trend, swapping over from China. “Social Video” was long considered a great way to talk about products and a lot of influencers used it in the fashion industry recently.

Now it’s time for Consumer Electronics to capitalize on it. For John it is a simple way to socialize visually while looking at latest gadgets or devices. Unless other video apps or messengers, Xoonio allows an easy swap between camera feed, screen sharing and video player. It is easy though to explain products that have physical components like switches or buttons as well as an app to change settings.

Those features were very helpful when John found a great new fridge and could show the device plus the usage of the connected app to a friends while being in a shop. When a sales assistant saw John “doing his stuff”, he was eager to download the app too. Even better, he suggested the usage of Xoonio to his CEO.

But enough now with storytelling, let’s return to real life. Could you imagine such an app becoming a new standard for Consumer Electronics retailers and manufacturers? Could you come up with additional use cases that could be handled over such an app? Support maybe? Assembling IKEA trays? Helping others to set up their brand new OLED Flattie?

Well, stay tuned to hear more about John and his journey with Xoonio.

We re-think how companies get their customers engaged. Become a part of our success story.

Listen to our audio explainer

This website uses cookies to improve your experience while you navigate through the website. Out of these cookies, the cookies that are categorized as necessary are stored on your browser as they are essential for the working of basic functionalities of the website. We also use third-party cookies that help us analyze and understand how you use this website. These cookies will be stored in your browser only with your consent. You also have the option to opt-out of these cookies. But opting out of some of these cookies may have an effect on your browsing experience.
Necessary Always Enabled
Necessary cookies are absolutely essential for the website to function properly. This category only includes cookies that ensures basic functionalities and security features of the website. These cookies do not store any personal information.
Non-necessary
Any cookies that may not be particularly necessary for the website to function and is used specifically to collect user personal data via analytics, ads, other embedded contents are termed as non-necessary cookies. It is mandatory to procure user consent prior to running these cookies on your website.
SAVE & ACCEPT